Joined Apr 15, 2017
·
22 Posts
Once upon a time, I used to use build threads to keep track of my car's journey through life.
Figured I'd begin this again.

I come from The Canada, and I've decided to buy a totally impractical car for the environment.
I have a fairly deep Subaru history, with some BMW content thrown in.

After a few years of not racing, I decided I needed a racer.
I have never been into convertibles before. Too impractical for me.
For some reason, when the new MX5 was debuted I said to myself "I could get into one of those".
But alas, the mx5 has no snail to make it push you into the back of your seat.

Then I discovered Fiat's dirty hookup in the back closet with Mazda.

So I decided that I don't care about practicality and that you only live once.
I picked it up during one of our infamous Alberta spring snow storms.

Rosso Abarth with manual trans, Recaro seats, and Brembo brakes.
As mentioned, I will be using it to race in autox (and perhaps some solo) so those 2 features were required.
I don't believe I'll go as crazy with the mods as I have done in the past. By the time I got my subarus to be track champions, they were no longer fun on the street for driving to work.
The plans for the car, for my own purposes of referencing later, are:
Muffler delete
Wider wheels/tires
Intake
Tune
Roll bar
Harness

Nonetheless, I'll keep this thread as an update journal even if the only updates are "changed the oil and had a nice drive". 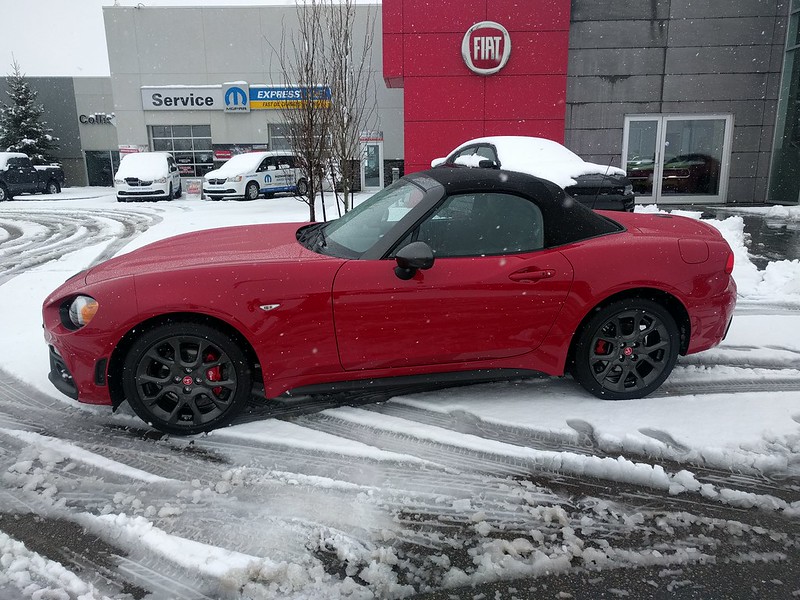 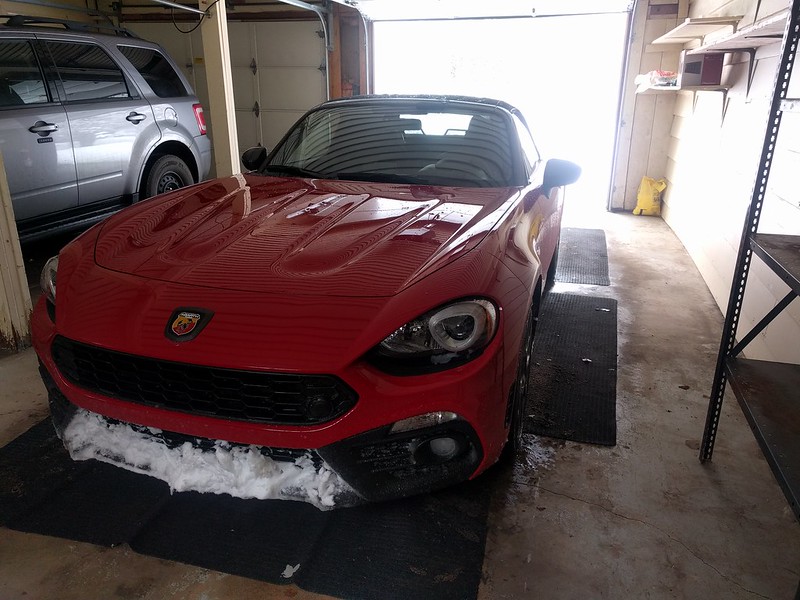 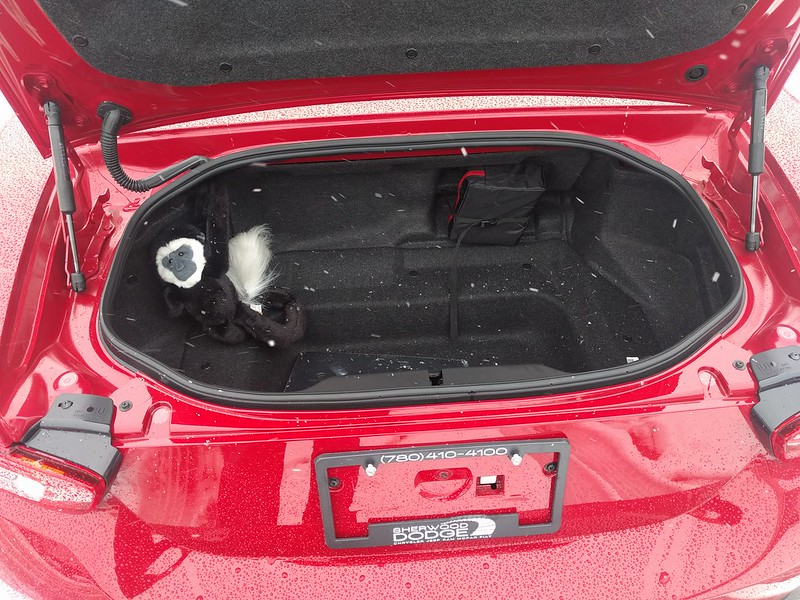 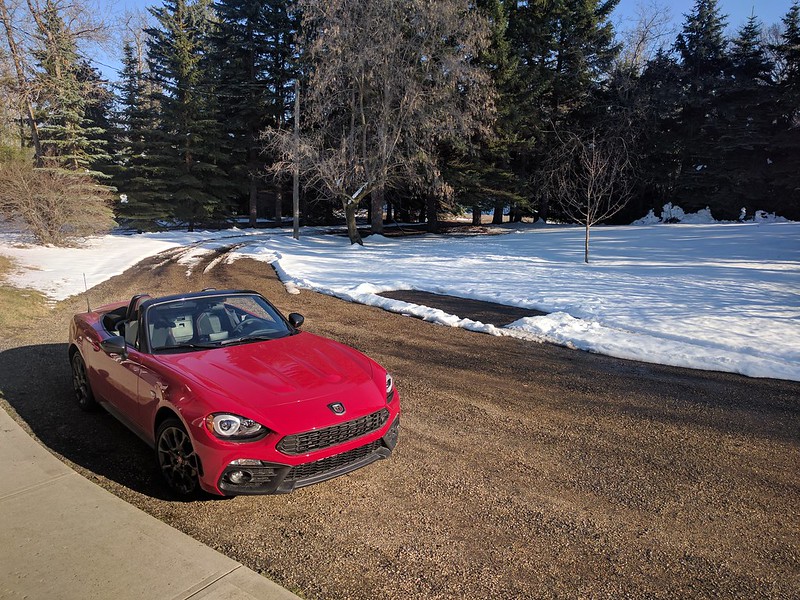 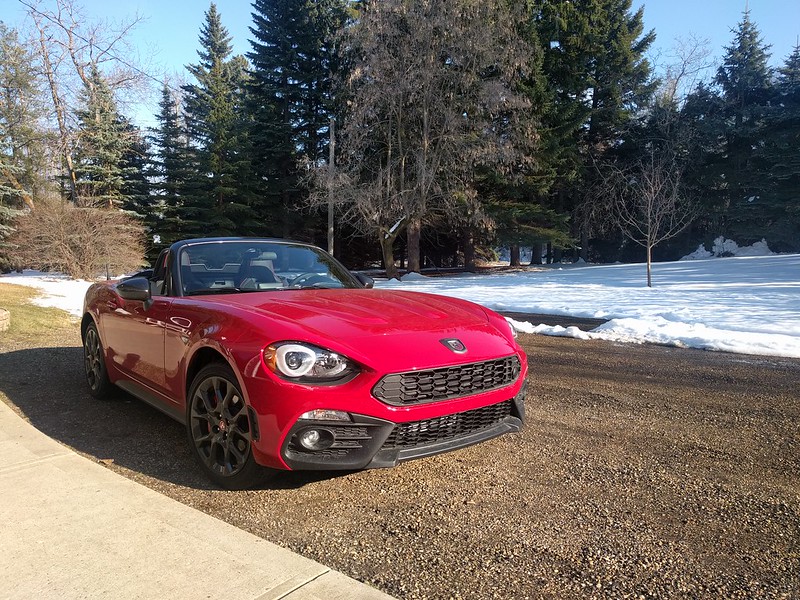 Had it detailed by a friend.
Look at the water bead. 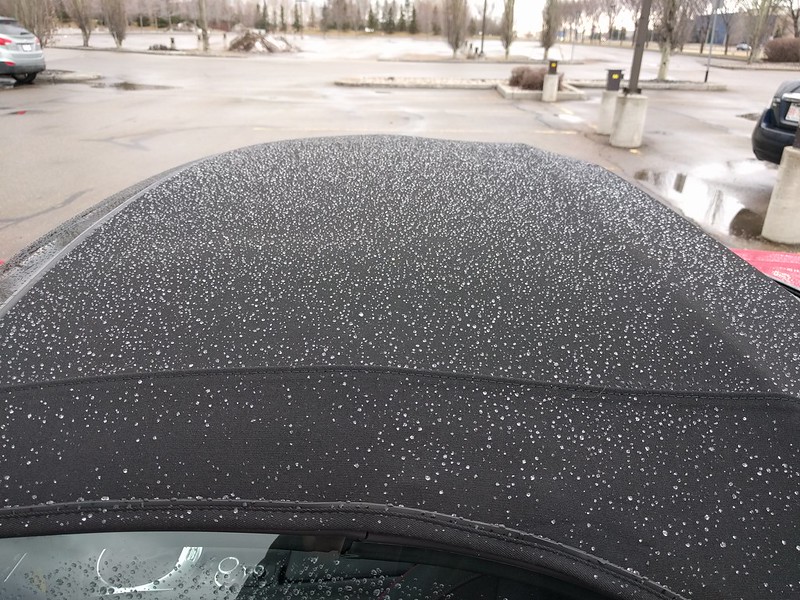 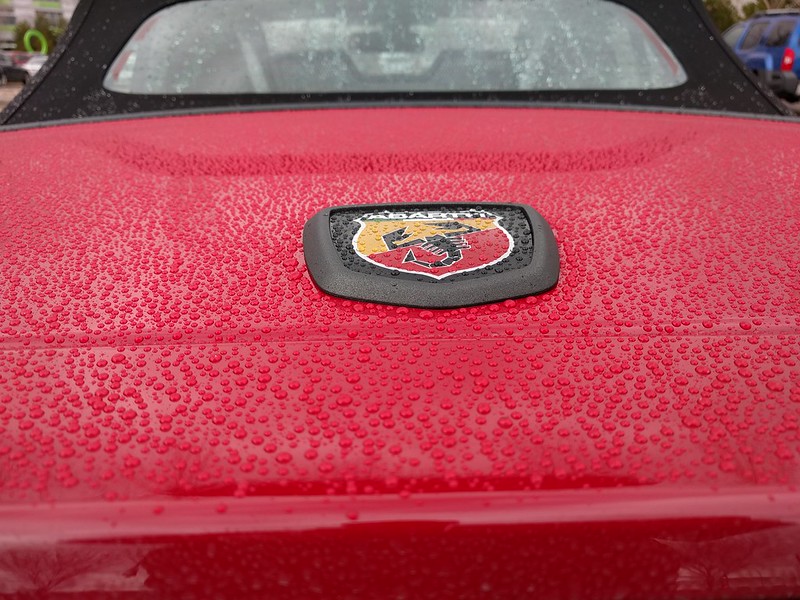 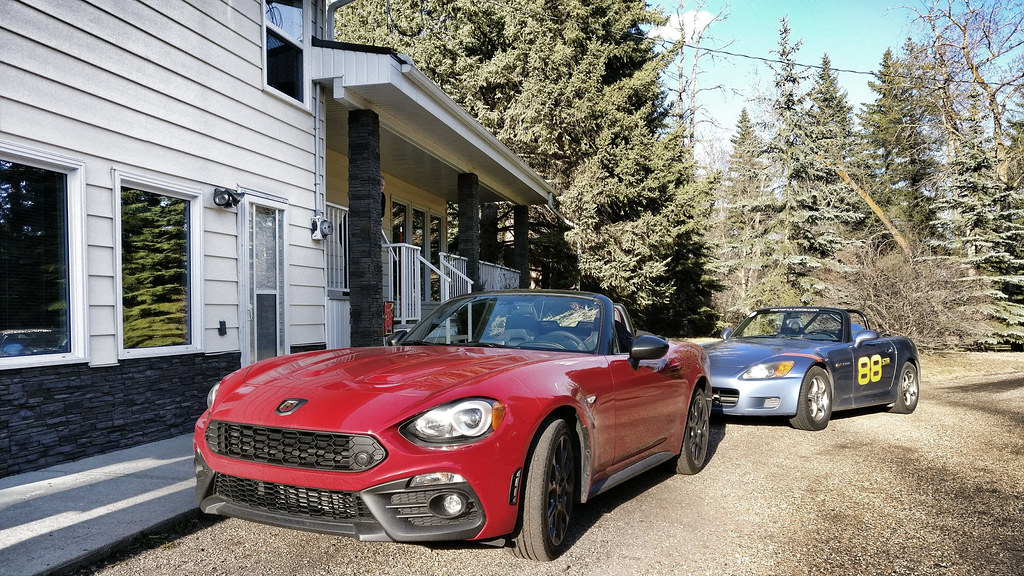 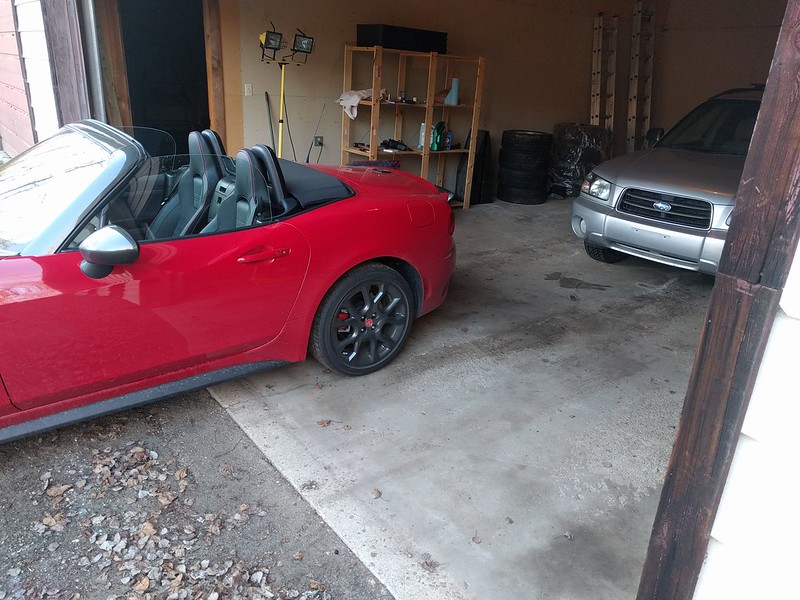 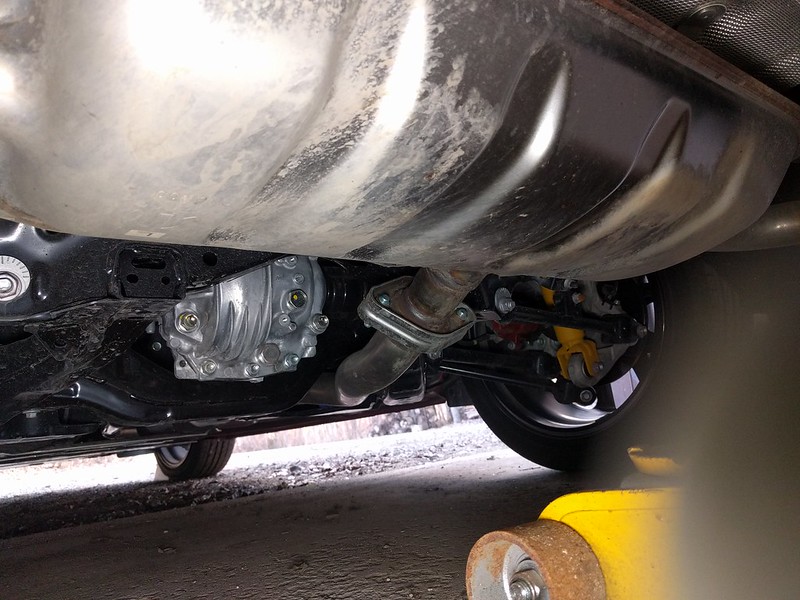 ...just totally fell right out of the car. 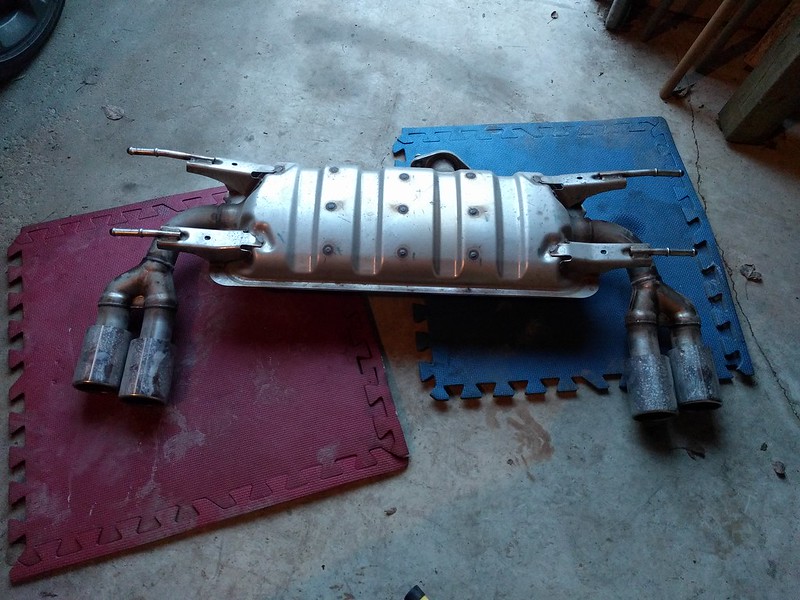 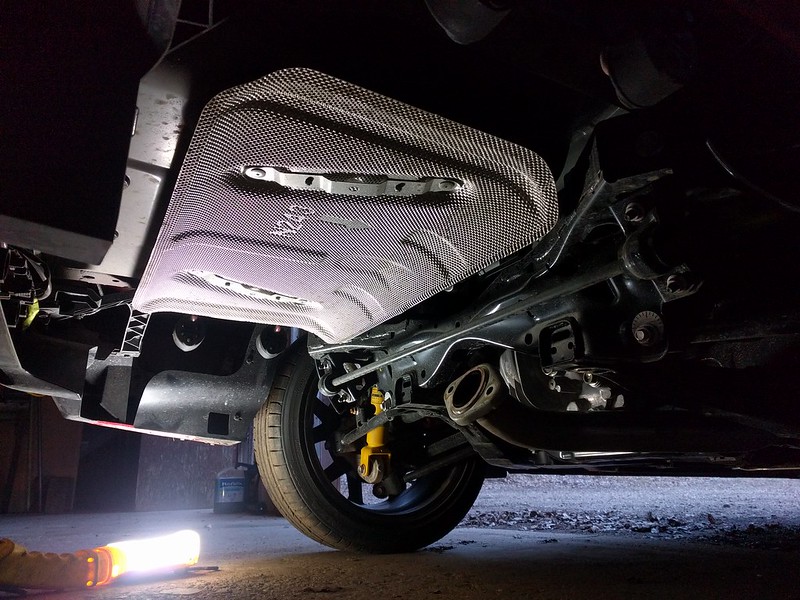 To be continued.
S

Joined Apr 15, 2017
·
22 Posts
I attended my first autox in this new automobile.
It's a handful.
More than any other car? Probably not.
More than any of my subarus... definitely.

Here is the fastest run of the day.


Here are some other "fun" views. 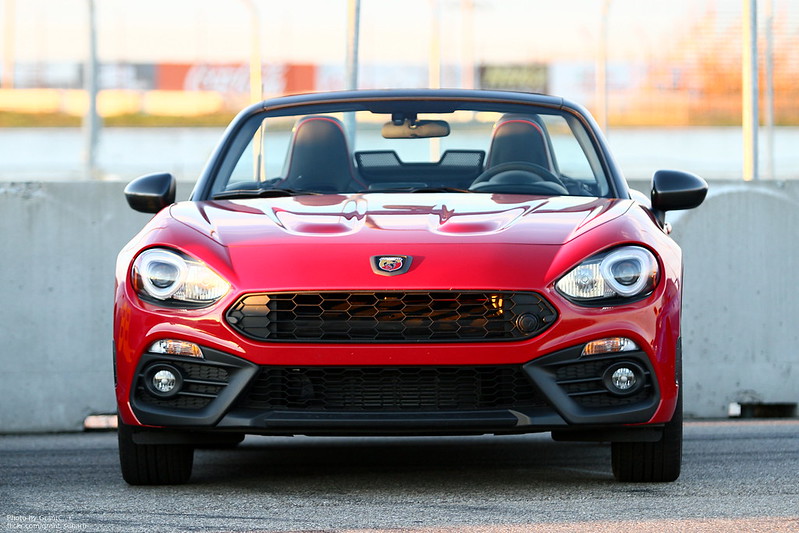 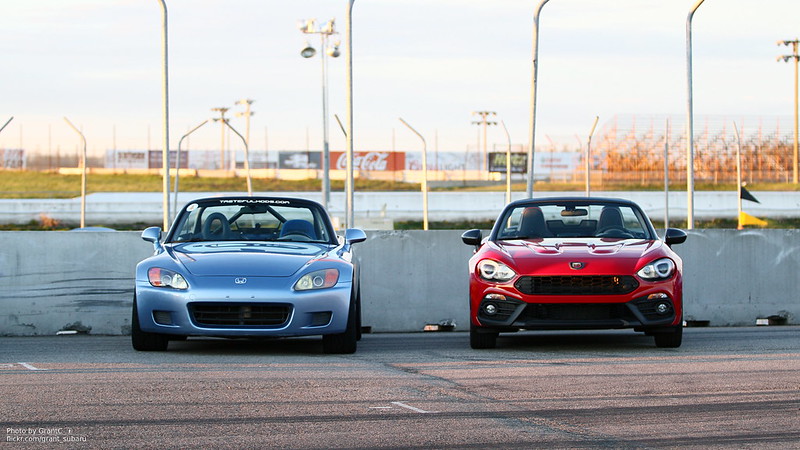 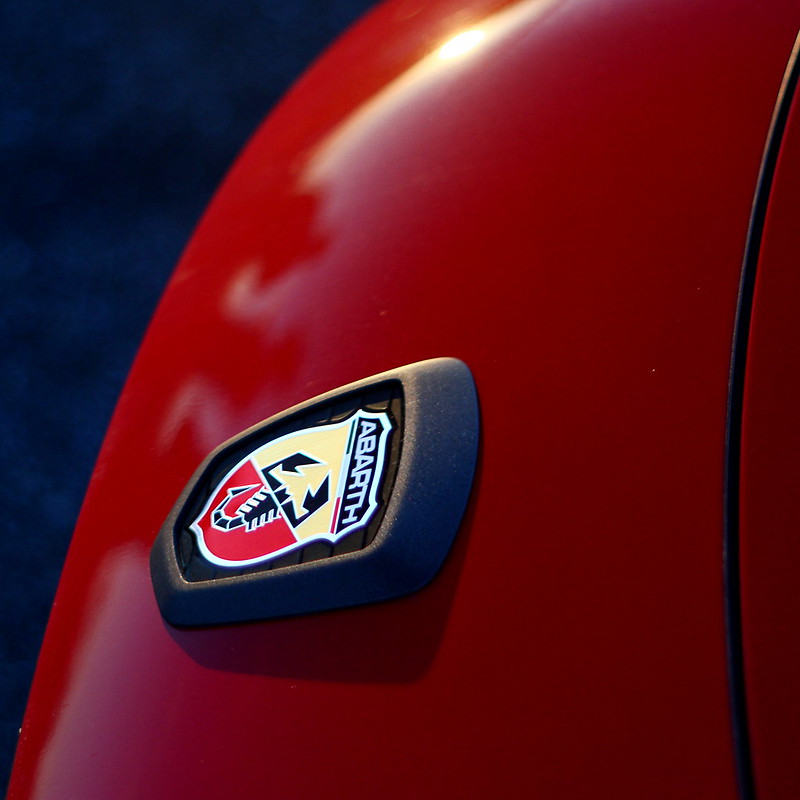 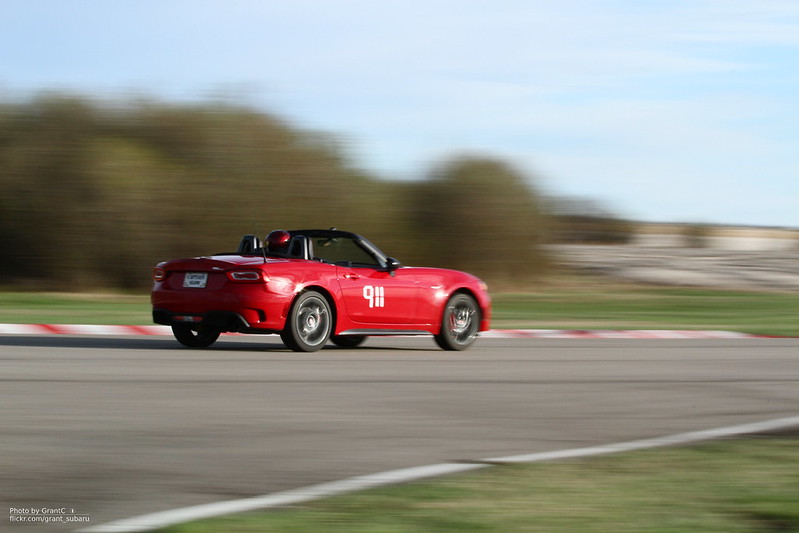 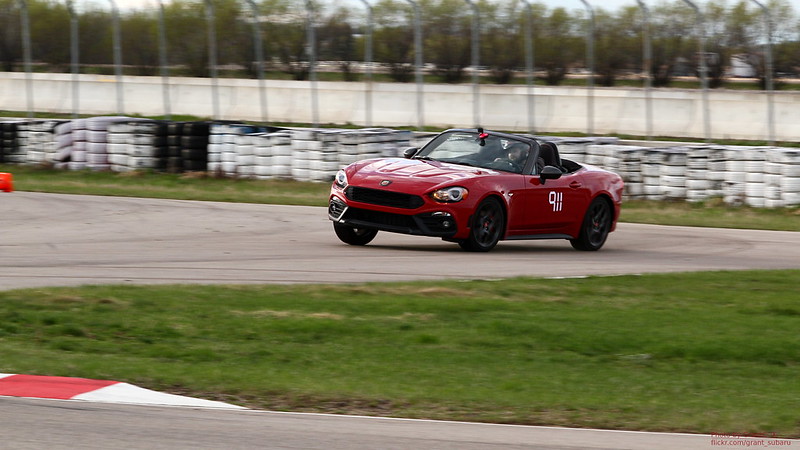 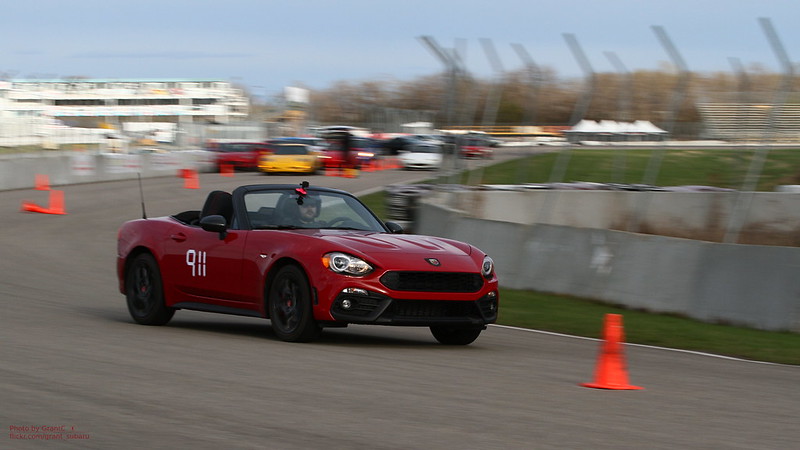 Joined Apr 15, 2017
·
22 Posts
So after a few days (and an autox) of farty bum experience, I decided to take it in to get a more professional look.

Turns out an exhaust tip pointed at the gas tank may not be optimal. (kidding) 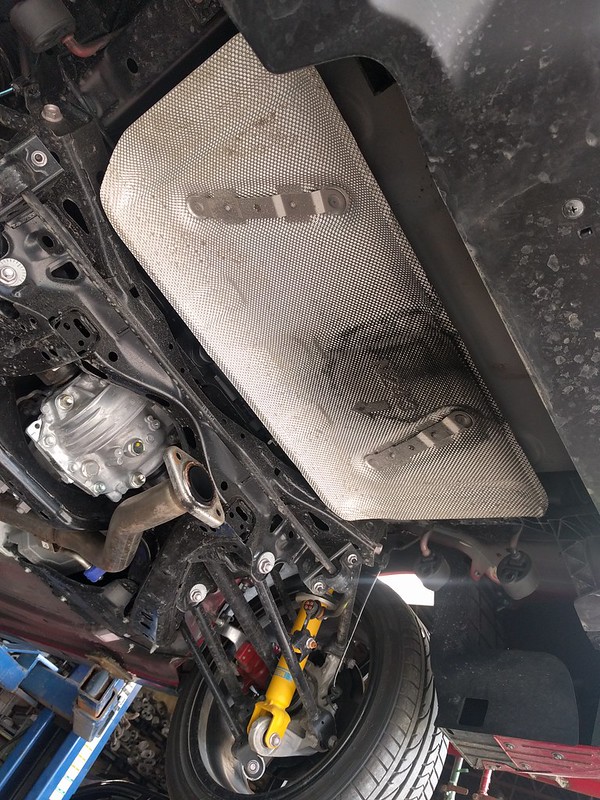 In case you want to know what a Fiata looks like with its clothes off... 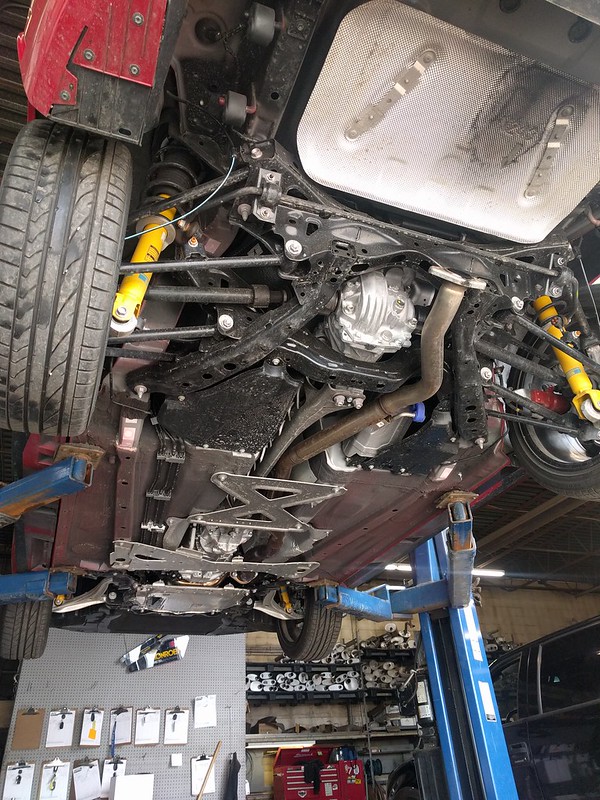 Remember when that muffler just fell out of the car in Italian type style? 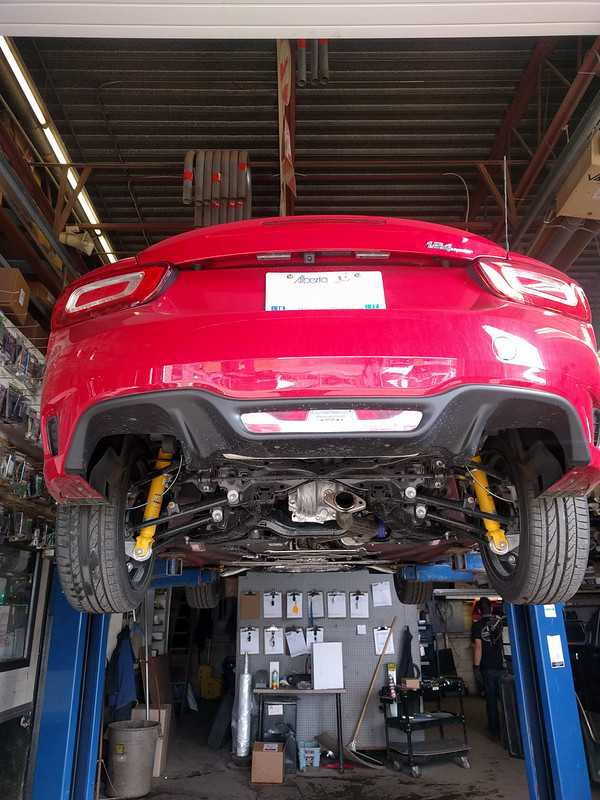 Well it got all filled back up again.
I have a shop that I have used many times for this sort of thing, and put them to work once again. 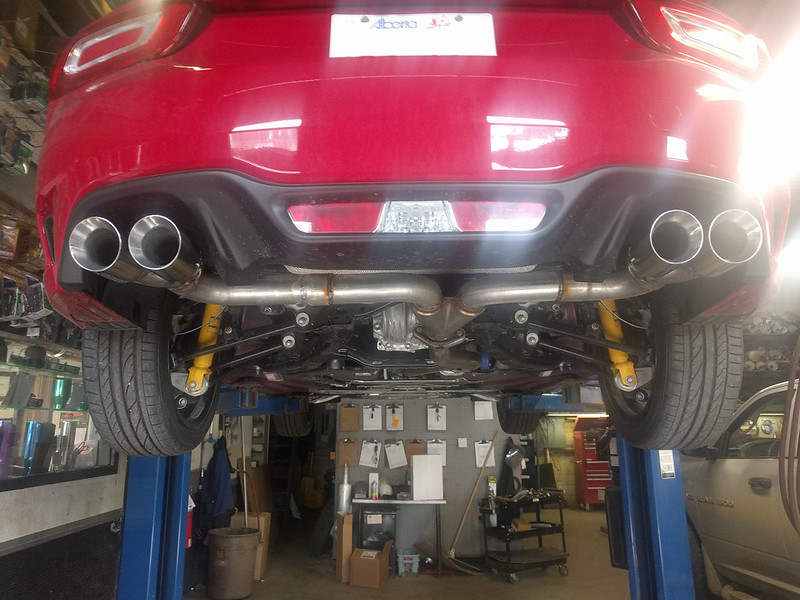 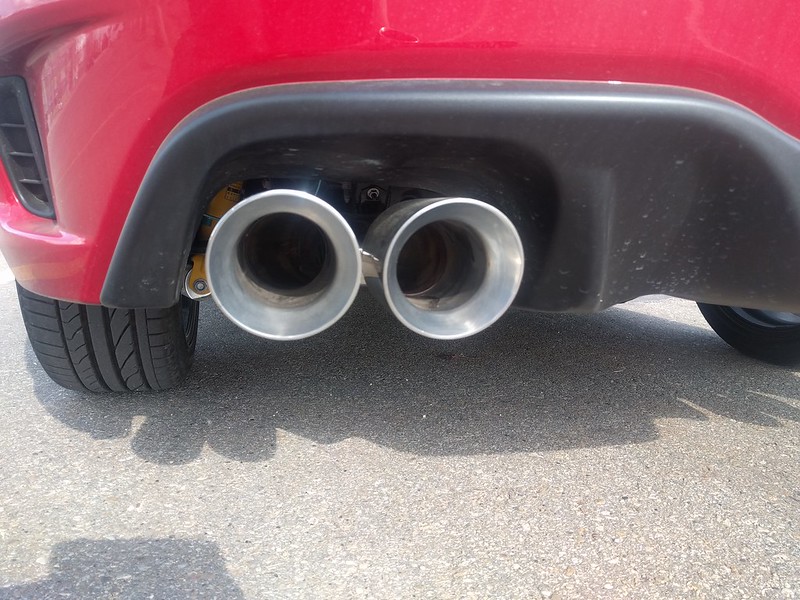 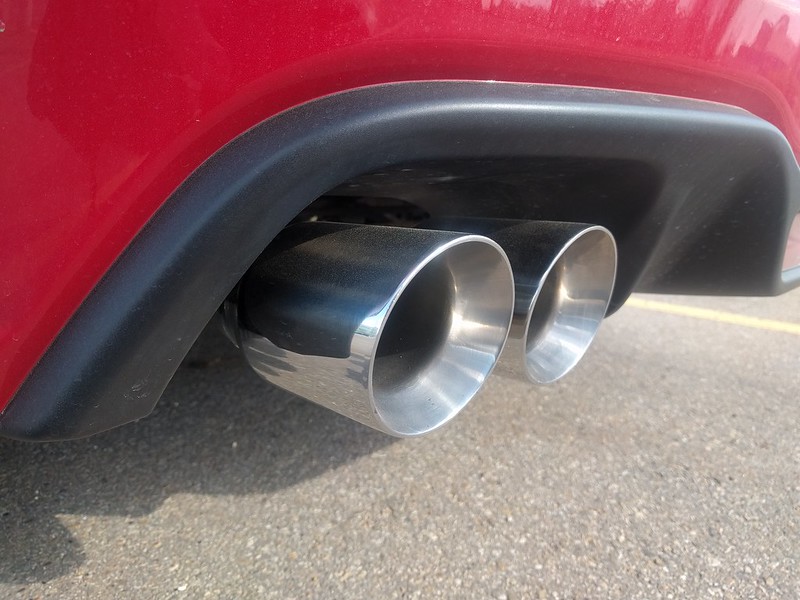 As for the sound of the MultiAir 1.4 turbo... yup. Farty Bum.
(Note: The exhaust with no muffler sounds the same as the exhaust with straight piped quad tips.)

Joined Jul 26, 2016
·
1,281 Posts
Very nice work on the "Muffler delete". It sounds Italian, if that makes any sense. Your shop did a great job. What was the source for your exhaust tips? Did you consider re-using the originals?
best regards
Pete
S

I kept the OEM muffler section in one piece so that I could easily go back to stock if I need to.
S

Joined Apr 15, 2017
·
22 Posts
Autox #2 for this car.
Not much to say about this one. The event was kind of a **** show, and I was kind of a **** driver.
Given time, I'll learn to trust the car but it's taking longer than I had hoped.
Remember, I'm coming from years of AWD turbo where the car just digs and pulls itself around and out of corners.
This one takes some finesse for sure.

Results aren't posted yet, but I'm sure I wasn't even close to top 10.
I need to learn some LFB, and I need to stop letting the car coast. Brake or gas, nothing in between. 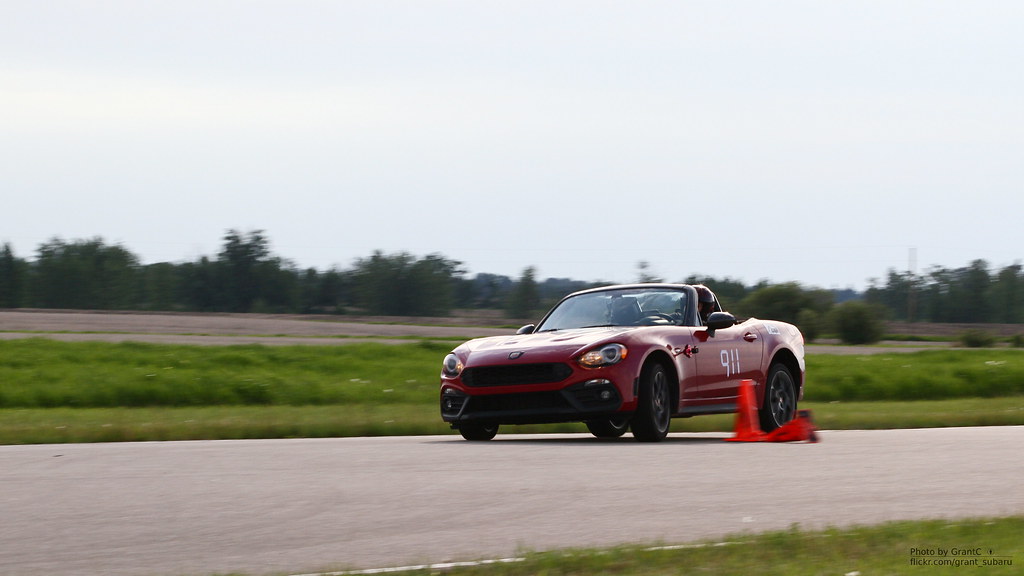 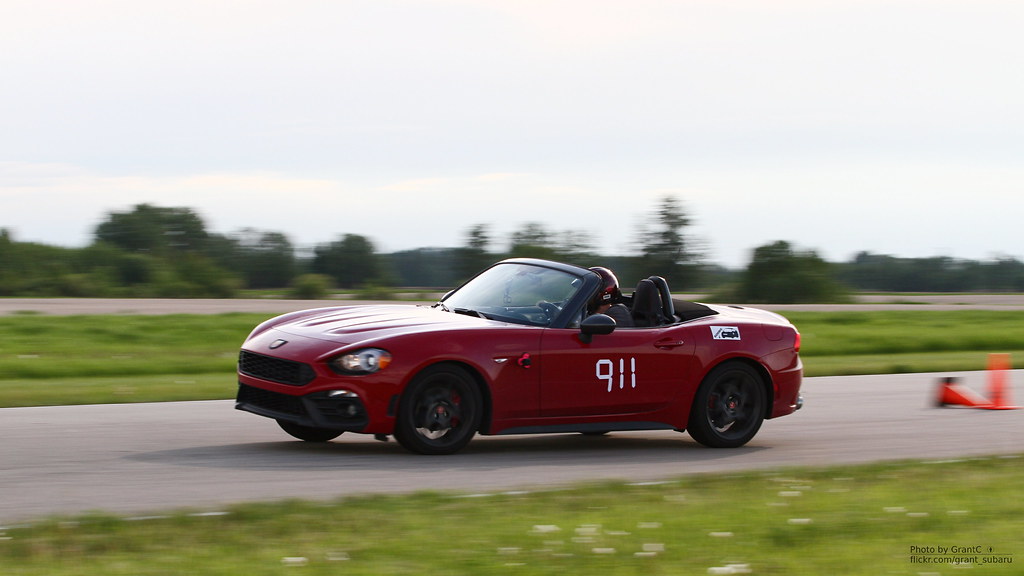 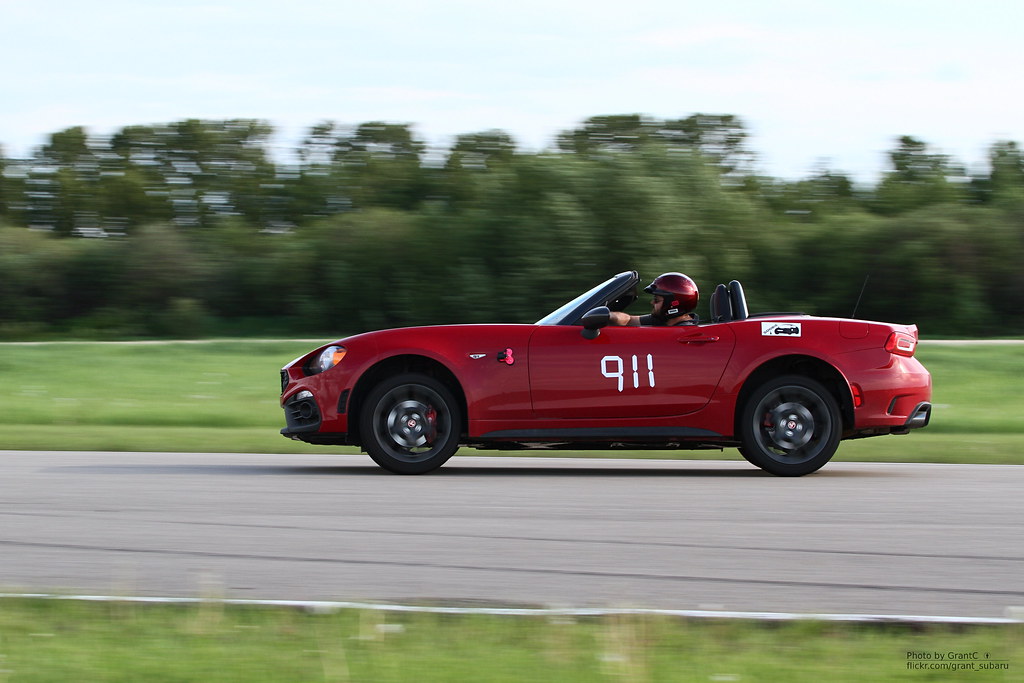