What did you do to your Fiat 124 Spider today?

Then a few odds and ends not even thinking about.

Looking at a ported turbo which will most likely be shortly followed with an Ohlins suspension. 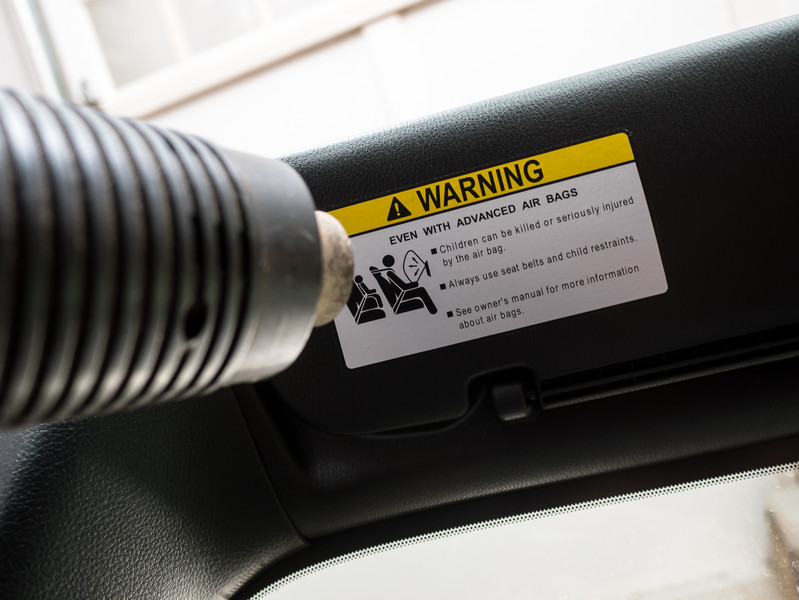 Ready for some Goo Gone 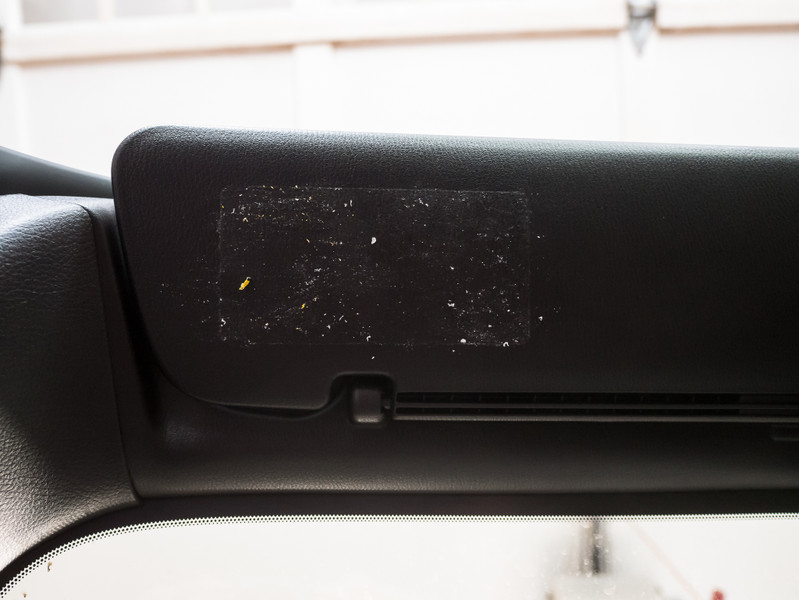 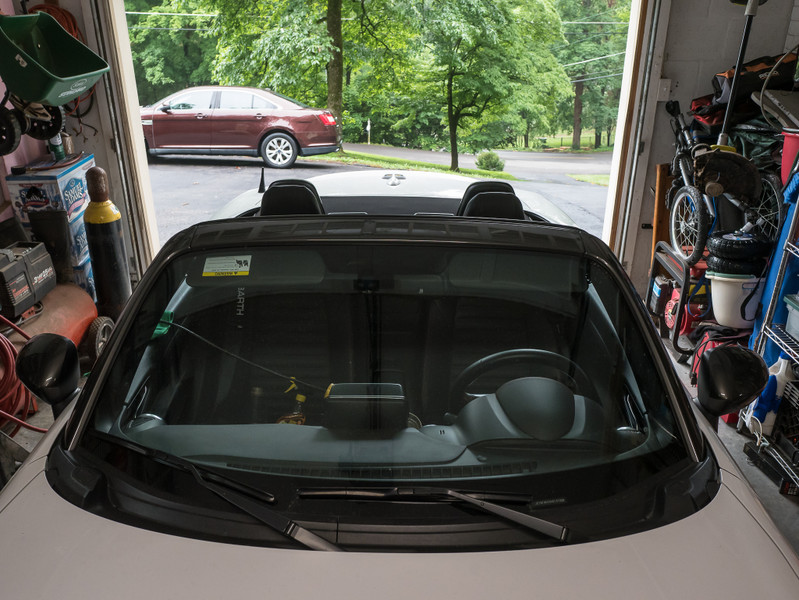 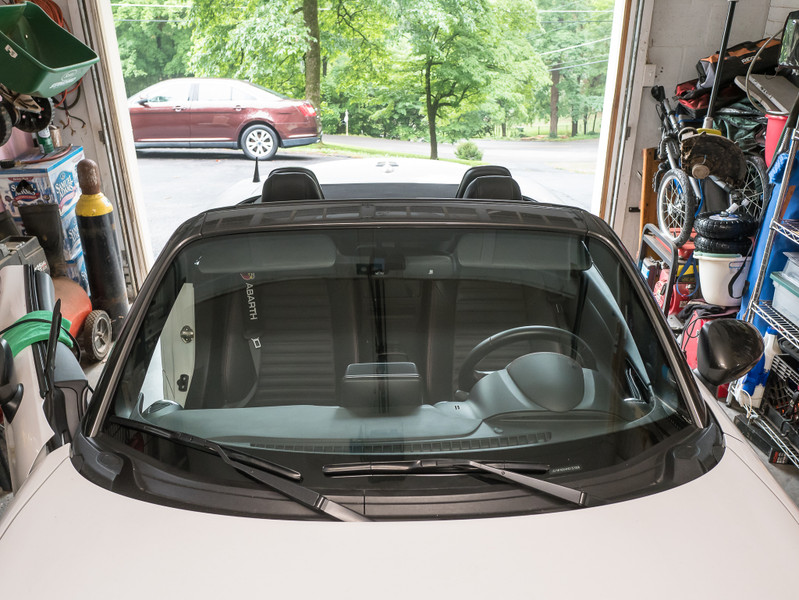 Joined 9 mo ago
·
52 Posts
Drove her this morning on the unlimited section of the A27 here... Was "plodding" along at 130 mph (210 kph) and then floored it again... The Vmax of 217 kph (papers) was easily reached. Followed by the tachometer leaning hard towards 240 kph (end of scale on a Lusso model). It felt quite nervous, compared to my Jaguar XJ-S V12. But also very stressed... That little 1.4l Multiair likes to make power but it isn't happy when in the higher rpms!

Wish I lived in Germany....lol
D

boddle88 said:
At that speed the speedo over reads by about 10kph.....but that's still impressive! I'd be very surprised if you were touching 150mph from less than 200hp though.

I have done, 145mph but that is with v4, magnaflow cat back and GFB DV+ on stock tune, so it's remarkable what this engine does.


Out with the old. In with the new. FM Fox Coilovers

Technically, the HP figure only is a fraction of all the required stuff for speed... My old 1997 Jaguar XJ8 with 237 hp would struggle to get over 220 kph. And that wasn't a super heavy vehicle for it's size (1.8t, well serviced). In that case, the tires were a good bit wider (255/45 R17), very soft compound and the transmission (automatic) was dated. So it lost quite a few ponies between flywheel and rear wheel. Torque was also way above that of the Spider.

In my opinion, the Spider has a good gear ratio. The wheels aren't too heavy. The tires aren't too wide. The weight is low, but that isn't a real issue at speed, just when slowing down from speed, you can tell the difference between 1.8t and 1.05t... The cW is a lot lower and as the car is quite low to the ground (lower), it allows for a better airflow.

Open, the Spider has it's struggle gettin past 200 kph. But that is obvious due to a high turbulence and instantly dropped drag coefficient.

Yes they do. If you ease off, it will also tell you to change gear if you are in a too higher, unneeded rev-range.

Daim said:
Yes they do. If you ease off, it will also tell you to change gear if you are in a too higher, unneeded rev-range.
Click to expand...

Awesome. I'll have to try it someday. (You see officer, I was just checking if a shift indicator was functioning on my car.)

Bob T said:
Oh...Pricey....But was it worth it?
And the web site says wire splicing involved. Was that a big deal?
Because yes, the Bose system disappoints every day.
Click to expand...

Pretty easy install due to the great instructions (you can view them on the website). The wires spicing is just cutting into the speaker wires under the plastic door sill. I'm loving the sound. Now if only there was an "easy" way to get Apple CarPlay on a late 2018 Spider.
D

fiatmidway124 said:
Awesome. I'll have to try it someday. (You see officer, I was just checking if a shift indicator was functioning on my car.)
Click to expand...

It works at any speed in any gear mate

Today was a good day. I drove the Spider to work because I felt the need for (reasonable) speed on the way home after what was to be a grueling day.

The boss has a slightly hopped up (400 HP) 1996 Camaro SS (a solid 13.0/110 MPH car at the dragstrip) and I jokingly quipped that the little EC Phase 1 Spider could probably give him a run for his money in the twisties.

He told me I didn’t stand a chance.

So off we went with a few caveats in mind: No 10/10ths driving. Spirited, yes. Wreckless, no. He would lead since I didn’t know the local roads. He is a good driver and promised to put up a good challenge for the Spider. (And yes, I know it’s much easier to follow that it is to lead, but he had knowledge of the roads whereas I did not.) It was my job to “just keep up if I could.” PS - I could.

I can say this: a Phase 1 tuned Abarth Spider is NO MATCH for an LT1 that’s mildly souped up, at least on a long pull, but hard off a corner and on a short run to about 80 MPH or so, that Camaro was going NOWHERE. And a solid axle suspension car has nothing on a stock-suspensioned Abarth on anything but perfectly smooth pavement.

We had a bit of fun for about 30 minutes, with him inching ahead on the straights and me reeling him right back in on the curves. Like a little badger, I would dart around on his rear end “threatening” to pass. Where he had to navigate around rough pavement, the Abarth took it in smooth stride, and that little turbo’d engine mid-range pull with Phase 1 tuning is deceptively strong. He only THOUGHT he could pull me off a low-speed corner, but since I had so much speed going in, that just wasn’t going to happen.

It was a fun little run and we were both really surprised that the Fiat could easily nip at the heels of the muscle car. On the highway ride back to camp, he spared me the trouncing of a high-speed run. Maybe he was in shock, I dunno. Nobody went to jail and we kept our heads about us out on the back country roads. Nothing dangerous, but keen attention on smooth power and keeping the cars balanced. I had NO IDEA this little car could do so well in this environment. I have always just played alone without another driver to push me.

I drove home with the cruise set at the speed limit…. just waiting for an unsuspecting Ferrari… LOL.

Arrived home and parked her in her protected garage space but she’s got lots of bugs in her teeth now. Will remedy that soon.

Always amazes me just how primitive suspension setups are even on recently modern domestic americam cars. Live axles etc being used until quite recently. I get why, but you saw the effect that wishbones/multilink have even on something half the power !

The only play I've had was with a focus st (250hp but 1500kg) down a B road. Surprisingly very close given how well setup those chassis are. The spider is quite surprising!
3001 - 3020 of 3032 Posts
Join the discussion
Continue with Facebook
Continue with Google
or sign up with email
About this Discussion
3K Replies
296 Participants
Last post:
Daim 10 h ago
Fiat 124 Spider Forum
We invite you to join the largest Fiat 124 Spider forum community & owner’s club! Here you can discuss Abarth, turbo & tuning, service, specs, maintenance plus more!
Full Forum Listing
Explore Our Forums
2017+ FIAT 124 Spider General Discussion Forum Owner Check-In Area and New Member Introductions Exterior and Interior Turbo And Tuning 2017+ FIAT 124 Spider Issues And Problems
Popular Communities